Michele Cucci O'BrienPhysical Education Teacher My name is Michele Cucci O'Brien, and I'm a 1983 graduate of St. Dominic High School. I'm one of five of my family to graduate from SDHS. My father graduated in 1958, my oldest sister Dawn in 1982, followed by my two younger siblings Denise in 1987, and my brother Michael in 1989. My three children also followed in the family tradition, and came to St. Dominic High School. My son, James, graduated in 2011, my daughter, Katie, graduated in 2012, and my youngest, Patrick, graduated in 2014.During my years as a student at SDHS, I was a member of the volleyball, basketball and softball programs. I was a member of the Federation semi-finalist basketball team in 1982, and the Federation championship team in 1983.I attended Springfield College in 1983-1985. During my time there, I played basketball. In 1985, I transferred to CW post, where I was a member of the softball team. I graduated from CW post in 1988 with a Bachelor of Science in Physical Education. I knew that I wanted to return to my alma mater to teach Physical Education. I began teaching at St. Dominic High School in the winter of 1988, and have not looked back. During my years here, I have coached varsity basketball, volleyball ,softball and lacrosse.I attribute my career and life successes to my family, and the education I received at SDHS. St. Dominic High School has made a tremendous impact on my life, and the lives of my children.In my spare time, I love to workout , watch sports, play golf, boat, and spent time with my three kids. 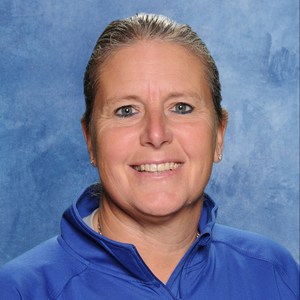